How to Hire a Transcriber

Transcription is a very useful tool for those who need it and near-meaningless for those who don't. How do you know if you need it?

Transcription is the art and science of taking spoken content and turning it into written content. You can convert podcasts into blog posts, create captions for YouTube videos, and convert meetings or conference calls into (hopefully) usable text.

If you need to hire a transcriber (also known as a transcriptionist), it's quite easy to find a freelancer or contract a transcription service to work with you. The question is, how?

There are a few useful questions you'll want to ask yourself before you begin and some information about how transcription works that can be useful.

Table of Contents
How Does Transcription Work?
What about voice recognition software?
How Transcriptionists Charge
What Kind of Transcription do You Need?
What is the quality of your audio recordings?
What's your turnaround time?
Is your content specialized or relatively general?
Do you need verbatim transcripts, and if so, what does that mean to you?
Do you need additional information, like timestamps or timecodes?
Should You Go with Freelancer or Agency Transcription?
Where to Find Transcribers to Hire
Testing Freelance Transcribers
Contracts and NDAs

How Does Transcription Work?

The concept of transcription is pretty simple. You take an audio (or video) recording, listen to it, and type out what is being said.

The devil, as always, is in the details. It's easy to type out what is being said when one person is giving a speech in a quiet auditorium. It's quite another when you're trying to transcribe a conference call where people talk over one another, mumble, or sound like they're in a wind tunnel interspersed with static.

It also makes a difference whether you want a clean transcription or a verbatim transcription. More on those later.

Transcription is certainly something you can do yourself if you want, but it's a long and slow process. Generally, you can expect a 4:1 or greater ratio of time spent to audio transcribed. That means about a minute of actual audio recording will take about four minutes to transcribe accurately. A 15-minute audio file can take an hour or more to transcribe, especially for beginners. Obviously, of course, various factors influence this as well. 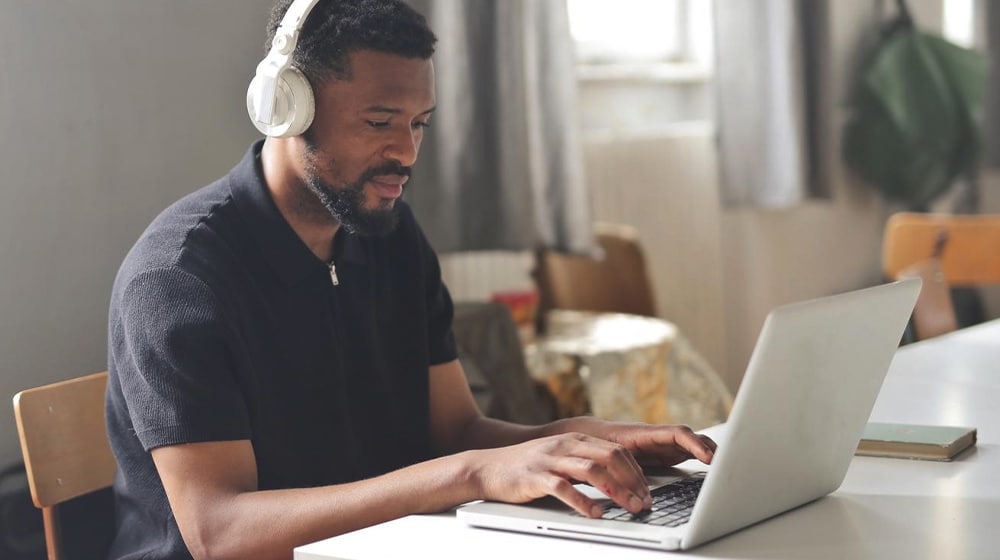 As a client, of course, you don't have to worry about the actual mechanics of transcription. Knowing how it works helps you decide what level of detail you need and gives you an idea of how much work it takes and, consequently, why it costs what it costs.

What about voice recognition software?

There are a few systems out there that allow you to convert audio into text using machine-learning audio recognition. Programs like Dragon, for example, are meant to circumvent the keyboard when you're writing or transcribing. Other systems provide live captions and transcripts. 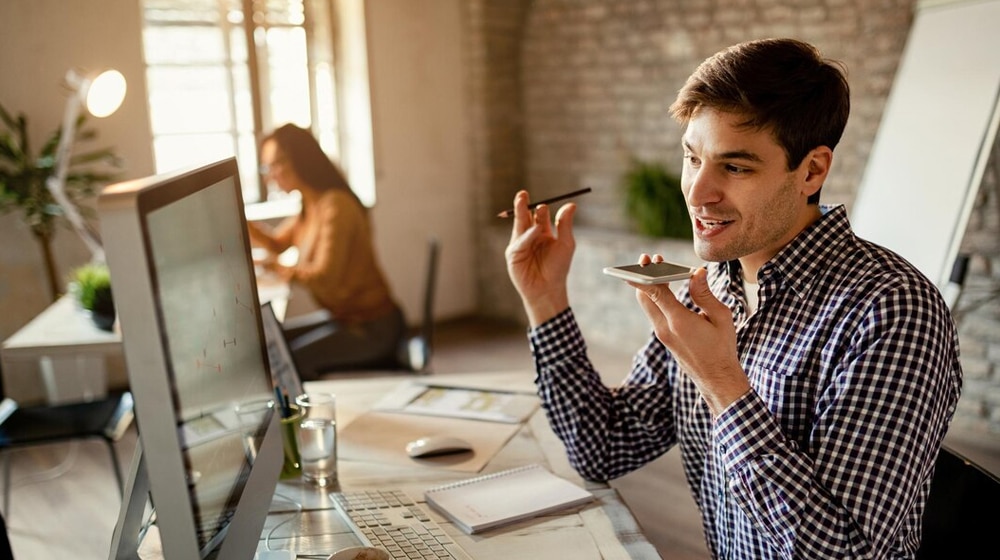 Can you go with one of these? Sure, if your audio is very clean and you still have time to check it for accuracy. The trouble is these programs often have trouble with accents, dialects, unusual words, jargon, and all manner of non-standard content. They can easily get confused and give you output that is basically garbage. So, if your use case works with them, they're great, but chances are, it won't.

With writers and editors and other kinds of content creation, freelancers tend to charge in various ways, such as per project, per hour, or per word. Not so for transcription.

Transcribers generally charge in one of two ways.

The first is per minute of audio. This is what 95% of transcribers are going to use because it's easy, it's standardized, and it's easy to modify based on variations on what the client (that's you) wants. A verbatim rate is going to be higher than a clean rate, usually, since there's more "junk" audio that can be ignored per minute of tape. Per minute rates can be as low as 60-70 cents per minute or as high as some shocking numbers coming out of Hollywood production houses for their outsourced closed captioning teams. 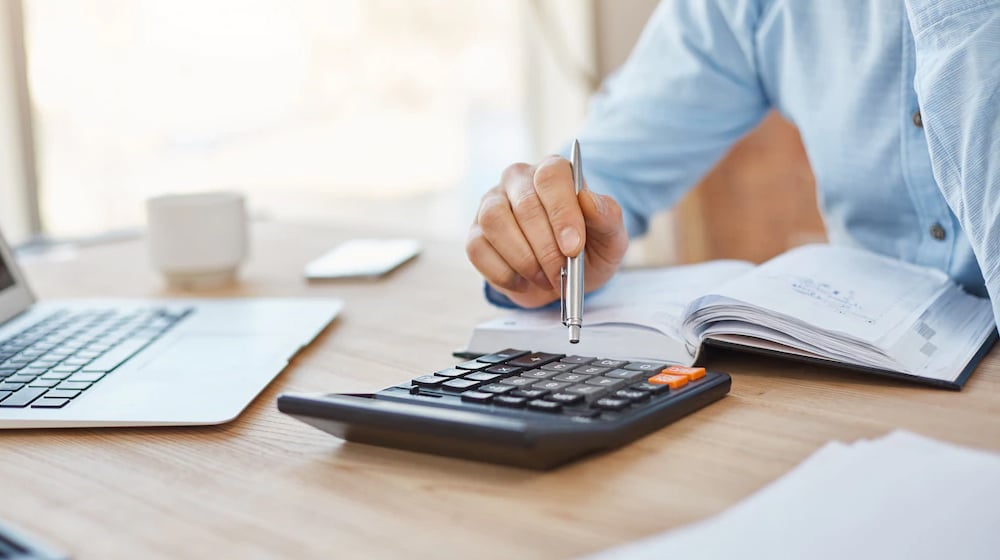 The other option, which is rare, is per page. With per page transcription, each sentence or line of dialogue is usually its own line on a page. With standardized font sizes, page sizes, and rules for things like timecodes, this can mean a single page can be as short as 50-100 words (rather than the industry standard of around 250 or 300 for writing.)

Per page rates can be, frankly, pretty insane, given the way transcripts can balloon up. For companies that find it worthwhile, it's a great option. For most people, it's not the way to go.

What Kind of Transcription do You Need?

When considering transcription, you need to think about a few factors. These will influence who you want to approach in terms of freelancers, what kinds of rates you're likely to be paying, and whether or not there will be special considerations for your relationship.

What is the quality of your audio recordings?

The first major consideration is the quality of the audio (or video) you want to have transcribed.

A clean recording of a TV show being filmed with clear audio is very, very different from a multi-person conference call with a single mic or a recorded Zoom meeting. 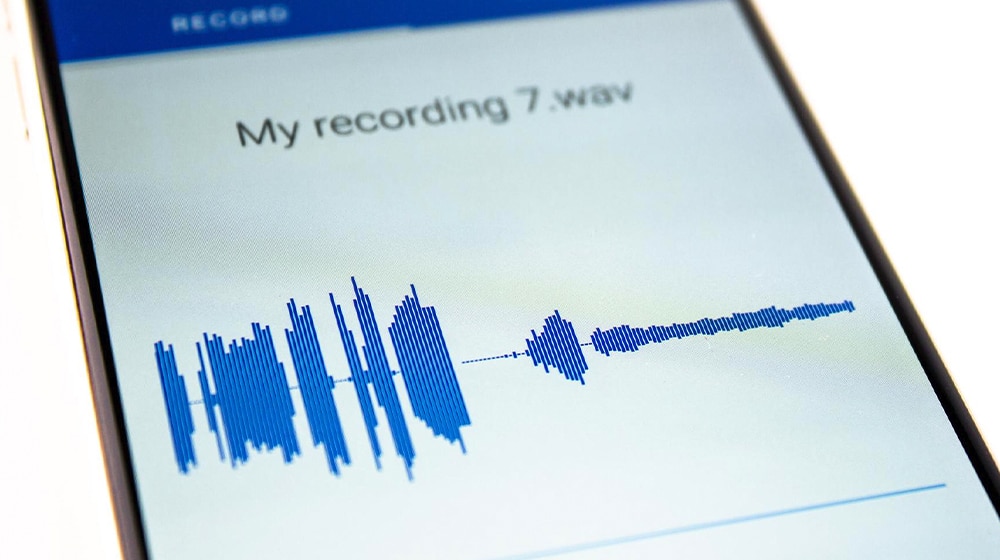 Generally, the lower the quality level of the audio (and the more hissing, buzzing, background noise, or indistinct audio there is), the more it will cost to have it transcribed. It's simply more work for the transcriber, so they'll charge more for it.

Likewise, the more people who are participating, the harder it will be for the transcriptionist to accurately record everything they're saying and attribute the speakers (if that attribution is necessary.) A single person talking into an audio note recorder is much easier than a two-person interview, which is much easier than a five-person meeting or a ten-person conference.

Transcriptionists need time to work, the same as any freelancer. They can do rush jobs when necessary but expect to pay a premium for them. The faster you need your transcripts, the more you're going to be paying for them. Average turnaround time is often 3-7 days, with anything under 3 days considered a rush job. 24-hour or shorter turnaround is occasionally possible but quite expensive. 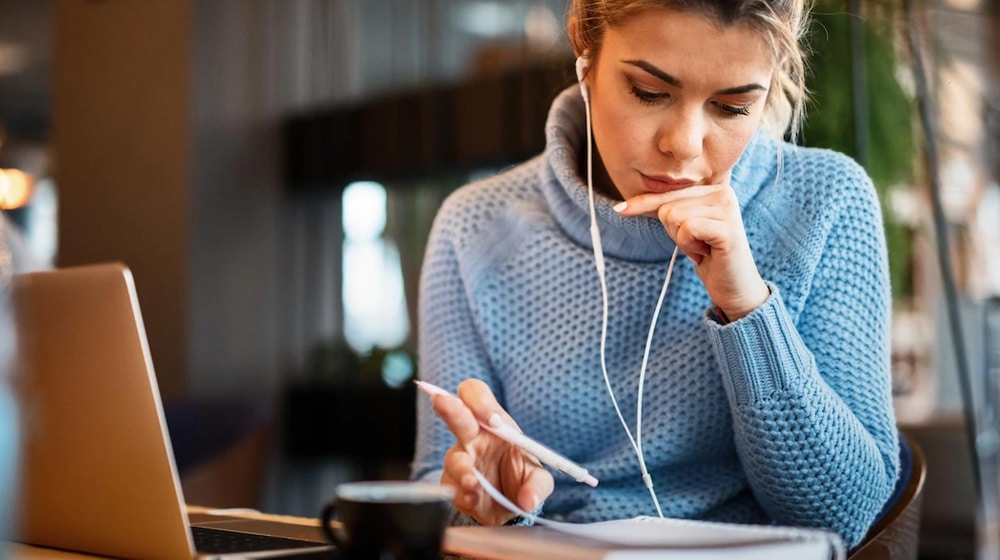 With a good content marketing plan and sufficient organization, you generally shouldn't need rush transcriptions. Good planning saves time and money, after all.

Different kinds of transcription call for different levels of familiarity and expertise.

One of the biggest niches in transcription is medical transcription. It's very common, but it's also quite specialized because the transcriber needs to know and accurately transcribe complex names for things like medicines, treatments, and diseases. If you need someone to transcribe Dimethylamidophenyldimethylpyrazolone for you, can they?

(Okay, that's a bad example; no one in the medical field would actually say the generic name of Aminopyrine instead of just saying a brand name or a slang term for it, but still, the point stands.) 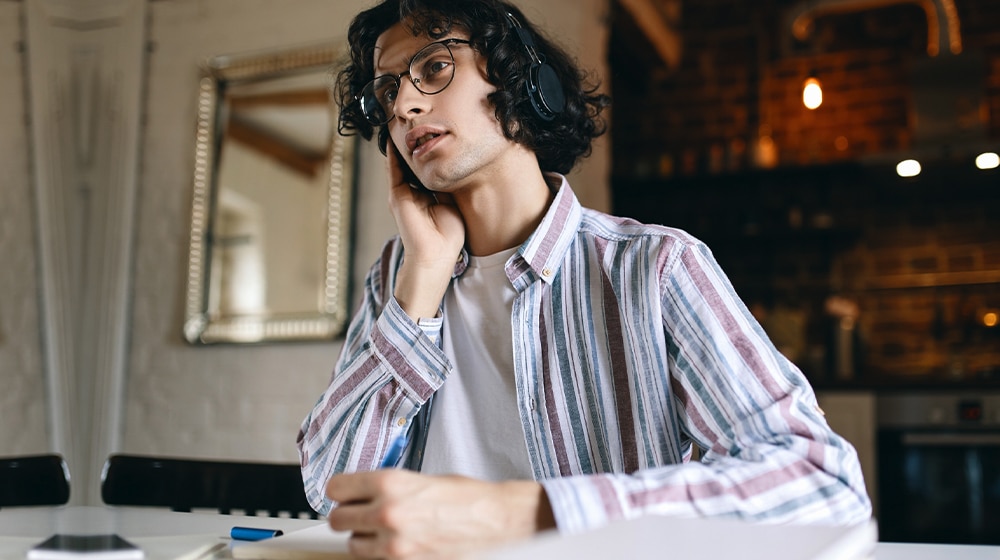 Most industries have their jargon, slang, and acronyms. The more specialized your content is, the more likely it is that you'll want a specific kind of transcriptionist to work with you. Someone familiar with your industry is a better option than someone who has never heard of your jargon before.

Do you need verbatim transcripts, and if so, what does that mean to you?

I've mentioned this already, but it's time to explain it. Verbatim transcription means transcription that keeps in as much accurate detail as possible. Think about the stereotypical valley girl blond using "like" every other word or the uncertain interviewee who uses "um" and "uh" all the time. Do you want those kept in?

Different companies and different clients have different concepts of what verbatim means to them. Some prune out the "um" and "ah" vocalizations but keep in misspeaking, stuttering, or side comments. Others do slang but cut stuttering.

In many cases, you don't need verbatim transcripts. Clean transcripts are better for just about everything except captions where the verbatim information is relevant.

Do you need additional information, like timestamps or timecodes?

This is mostly relevant for video but can be useful for some audio as well, especially if you ever want to go back and reference it or if the transcript will be public-facing.

The most common, other than no added information, is simple timecodes. Maybe every 3-5 minutes, you want a timecode inserted into the transcript. That way, if you want to double-check what someone said, you know roughly where in the recording it is. 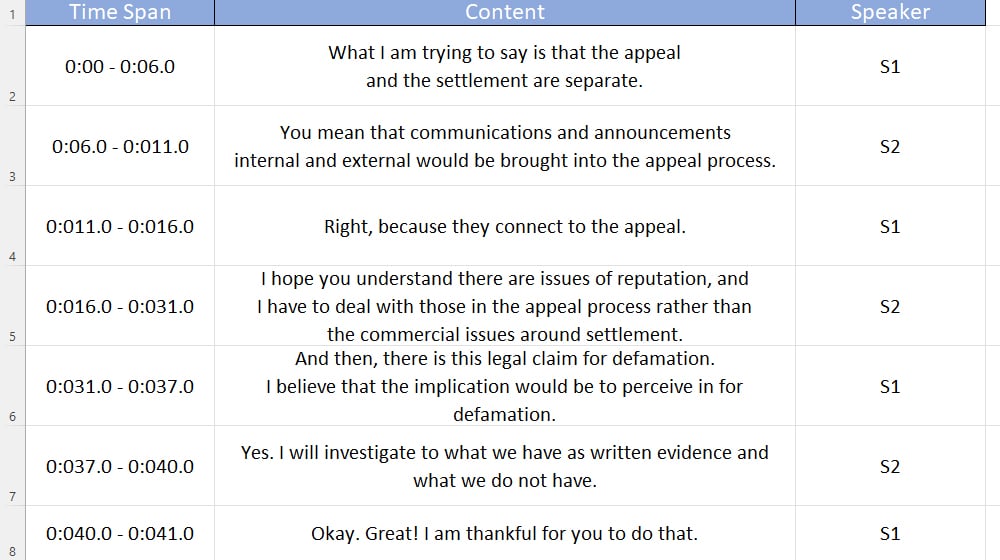 The most complex version of this is in media transcription. A TV show producer might want their closed captions to have all sorts of additional data, such as:

Media production is a whole world of excessive detail, however. These desires are above and beyond what most people need for their transcripts.

In broad strokes, the more detail and information you need, the more it will cost.

Should You Go with Freelancer or Agency Transcription?

Another choice you have is whether you want to go with an agency (known as a transcription house) or a freelancer. The truth is, the agencies are just networks of freelancers most of the time, but the agency provides some services, like knowing who to assign what projects, who has what expertise, and standard contracts. 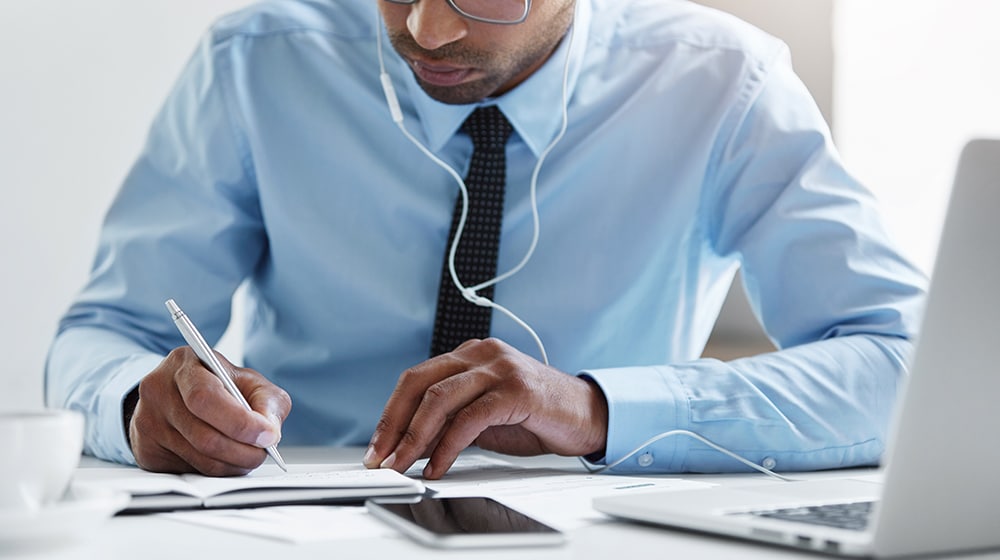 Agencies are, as usual, a little more expensive than comparable freelancers. The added employees between you and the transcriber, the added services, editing pass, and cleanup, the standard contracts and handling payment on their end, are all where that surcharge goes.

Where to Find Transcribers to Hire

Finding freelance transcriptionists can be tricky. There are all the usual locations, like Upwork, Fiverr, and FlexJobs. There are also the occasional individuals with their own websites, but these are relatively rare in transcription. 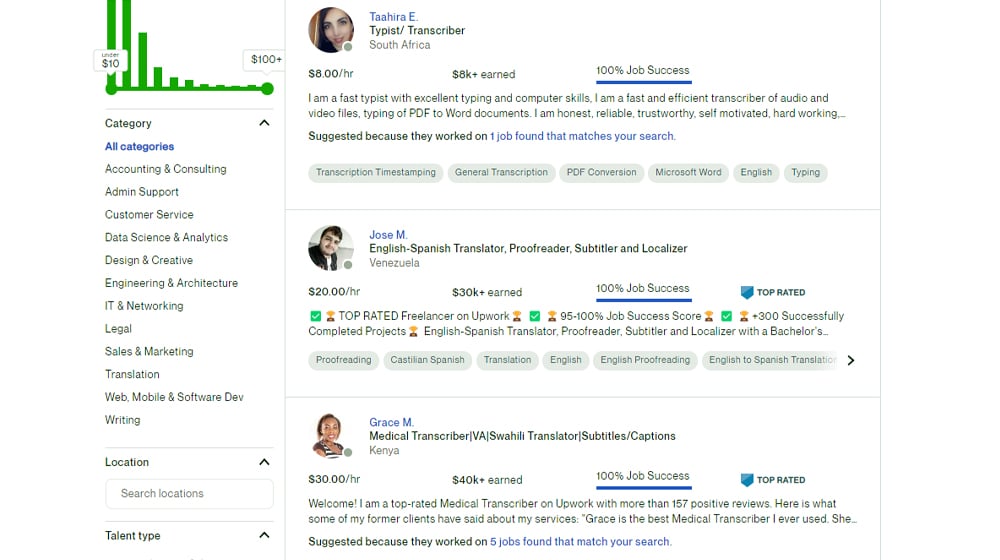 Alternatively, you can work with agencies.

There are dozens of agencies out there serving various industries for transcription. Many of them offer a wide range of services with varied pricing and will put you in a category based on your answers to the questions up above. 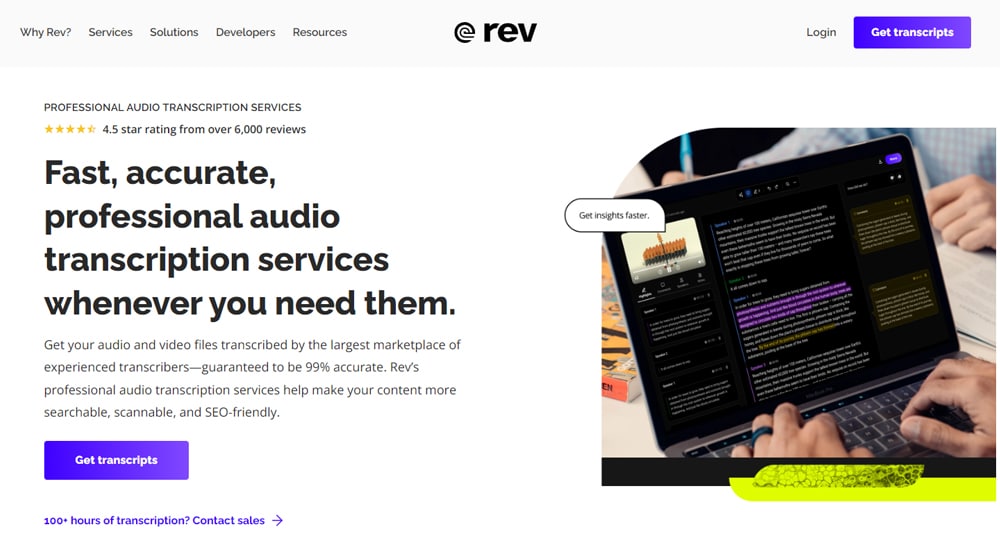 And many more besides. Many of them are essentially the same – and often, freelance transcribers work for several agencies at a time – so a lot of it comes down to how much you like their pricing structure.

Transcribers, when you're hiring them from an agency, are already vetted by the agency. When hiring them as freelancers, though, you'll want to test their abilities. Put together a document outlining what you want out of the transcriptionist (verbatim or not, etc.), and select a typical piece of audio you want to be transcribed. Make sure it's something with a few testable moments, like the mention of some jargon, a bit of muddled cross talk, or some slang you want edited out or corrected, and see how the transcriber does.

As with any freelance relationship, it helps to pay for the test.

Yes, you want a contract with your transcriber. Agencies have their own; you'll need one if you hire a freelancer directly.

You may also consider an NDA, or non-disclosure agreement. NDAs are fairly standard in transcription because it's often proprietary business information, personal information, or pre-release media being transcribed, and leaks can be very bad. Most transcribers will have no problem signing an NDA. 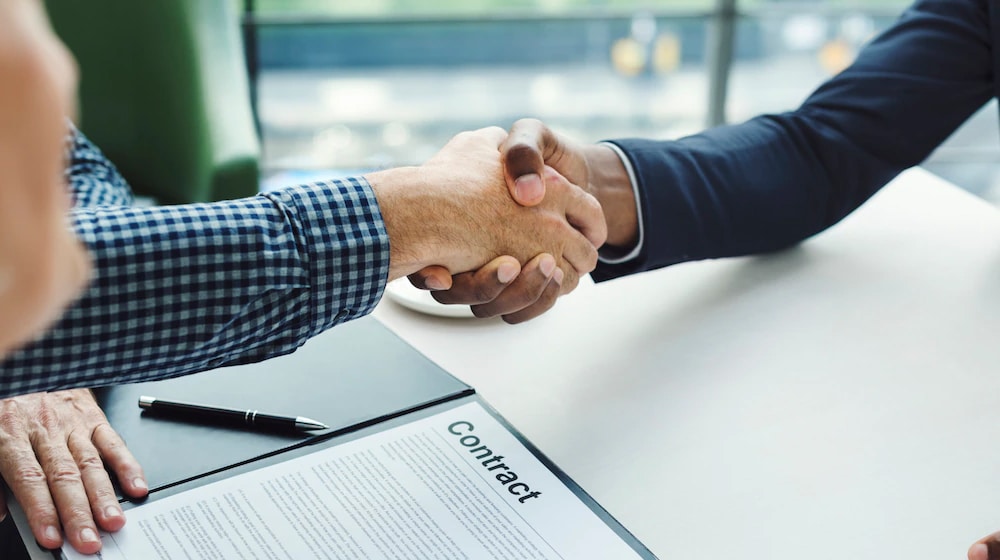 All in all, hiring a transcriber isn't really that difficult. The hard part is knowing what it is that you want out of the finished product. Once you have that idea down, it's a lot easier to get the transcripts you need for the rest of your team.