Article Rewriting: What Is It and Is It Bad for Your SEO?

The phrase "article rewriting" can refer to a handful of different processes, all with different implications on your SEO.

Rather than pick one and claim it's the canon definition of the term, I'm going to go over all of the most common uses and talk about what they mean, how they work, and what impact they may have.

Table of Contents
Rewriting Vs. Spinning
Rewriting Other Content
Rewriting as Writing Again
Rewriting Your Content to be Better
Writers Getting Started

Rewriting and spinning are often lumped together, but they're different processes. Spinning is generally much less creative and relies on heavy use of synonyms and word swapping. Rewriting, meanwhile, makes use of a creative human rather than a piece of software to do the job.

"The cat walked into the house."

"The feline strolled into the home."

You can see that these two sentences have the same syntax and the same framing and mean the same thing, but they use different words. Technically, they are two different sentences.

This is done using something called "spintax" and an article spinning software, which randomizes synonyms to create "unique" content. 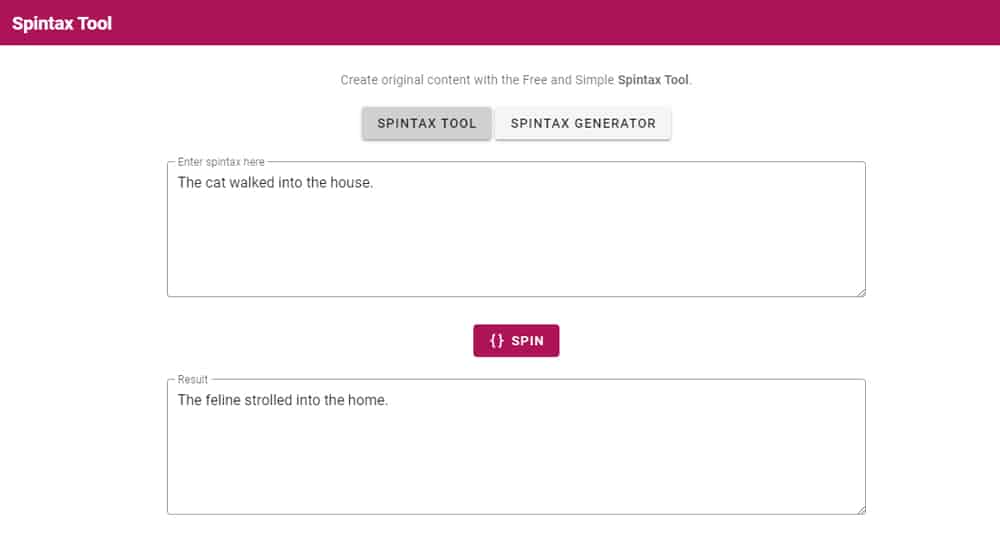 That sentence with the spintax visible would look like this:

There are two options for each primary word. This means there are technically eight different sentences you can make just using those combinations of words. Add 2-3 more synonyms to each, and suddenly you can have thousands of "unique" pieces of content, all based on even a short blog post with every sentence spun.

Spun content was heavily used in SEO and online marketing starting in the early 2000s. However, there's one significant drawback to spun content: it's pretty obvious!

Google isn't stupid. They know what synonyms are and can abstract content away from what it actually says. They've done this specifically in response to article spinning, and it's part of why you can do a Google search for a phrase and get pages that don't have that phrase in them at all (but DO use synonyms.)

More modern versions of article spinners are more sophisticated, but they all work on basically the same principle. 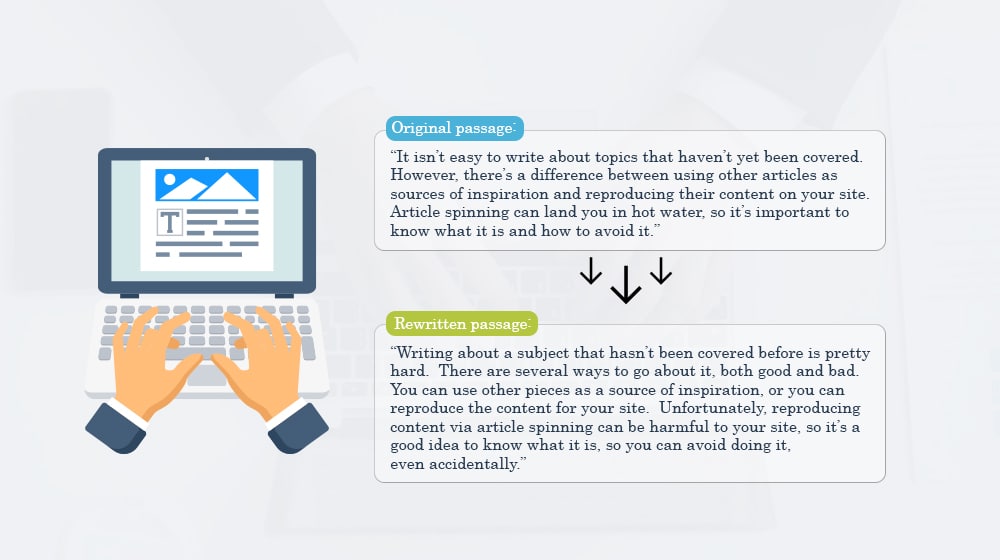 "It isn't easy to write about topics that haven't yet been covered. However, there's a difference between using other articles as sources of inspiration and reproducing their content on your site. Article spinning can land you in hot water, so it's important to know what it is and how to avoid it." – From Elegant Themes.

"Writing about a subject that hasn't been covered before is pretty hard. There are several ways to go about it, both good and bad. You can use other pieces as a source of inspiration, or you can reproduce the content for your site. Unfortunately, reproducing content via article spinning can be harmful to your site, so it's a good idea to know what it is, so you can avoid doing it, even accidentally."

You can see that, here, the two passages have similar meanings, but they aren't identical. The rewritten passage adds a lot of unique syntactic phrasing and isn't a simple 1:1 replacement of words and phrases. They still mean largely the same thing, but they're unique in presentation, word choice, format, and layout.

Rewriting is a more natural way to take inspiration from other existing content while still presenting unique value and unique writing. It's also not something a piece of software can do, at least not easily, though some of the more modern AI writing tools can do something similar.

Spinning is universally bad for your SEO because it's essentially just copied content. Google uses language analysis algorithms that can easily determine if two pieces of content are "the same," even if they use different word choices.

Article rewriting, meanwhile, is a valid technique with a few potential downsides. It all comes down to how it's used. There are basically three ways you can use rewriting.

The first form of article rewriting is when you need content for your site, and you see another site that has good content on it, so you decide to rewrite it. You take their content, go through it paragraph by paragraph and section by section, and rewrite it to be unique for your site.

This is, broadly speaking, not great. It's often considered a form of plagiarism.

Consider art. If you were to paint your own "unique" painting that uses the Mona Lisa as inspiration, but you shifted the colors and had her face the other direction, is it a unique painting?

Well, sure. Some people would call it fanart, some would call it a tribute or homage, and others might call it a "spun painting," to use our parlance here. Would you get in trouble for it? Probably not… unless you try to pass it off as your own completely unique, no-references-used painting.

That's kind of how article rewriting is presented. You "create" this content using another piece of content as inspiration and pass it off as your own. 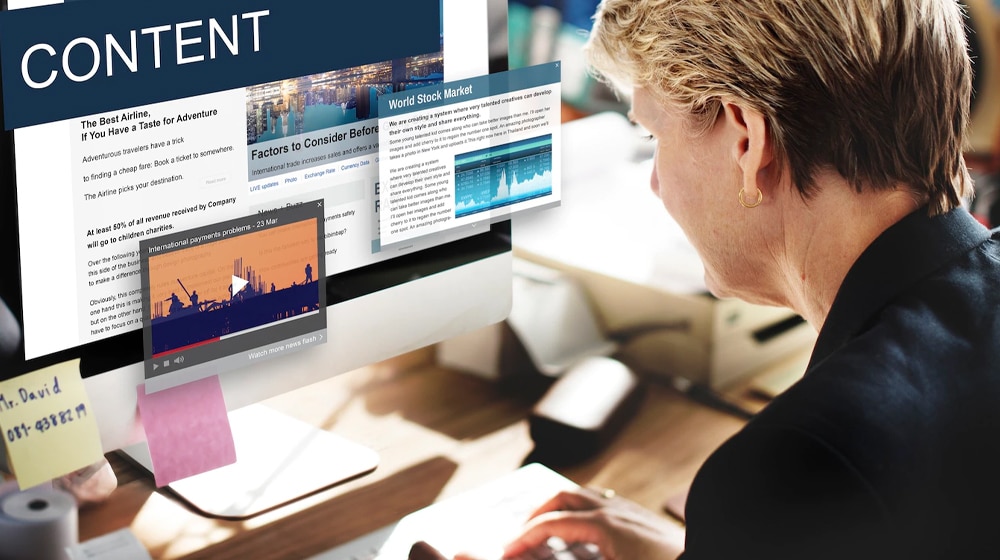 Will this hurt your SEO? Maybe, but probably not. While spinning is easy to detect with pattern recognition algorithms, human rewriting is a lot harder because it's not using the same patterns. It can be detected, especially if a piece is longer and makes no unique points, and has the same structure and organization. But, it's a lot harder to detect and a lot easier for basic edits and structural shuffles to hide.

It's still not a good practice. You also always run the risk of a later detection as Google's algorithms improve, and if someone happens to be familiar with your source content, you may be called out organically. Then you have a minor PR disaster on your hands, especially if people dig deeper and find most of your blog is the same.

Now, there's a line to draw here because, at some point, we're all referencing other people. Unless you're doing 100% of your own research and engineering everything you ever post from base principles, you're standing on the foundation made by other people, right? You can make the same points in your posts because those points are factual; there's not necessarily room for variance.

So if you're taking multiple sources and synthesizing them into one piece, that's not really rewriting; that's just writing. It's kind of a sliding scale between using other pieces as sources and as research and just rewriting old content.

My general rule of thumb is that if you're rewriting content and you're concerned that if someone else saw your source, they would think you're unoriginal, well, you're probably unoriginal and shouldn't publish it. On the other hand, if you're comfortable linking to your sources and attributing your facts and details, then that's just writing.

If you check out the dictionary for the word rewrite, you see:

"To write in a different form or manner; revise."

Sometimes, that's what rewriting is. You're taking the same subject, and you're writing about it again.

This one is tricky because my premise here is that you already wrote the content once yourself. It's published on your own site. So, you're rewriting it to publish a second "copy" of it, a second version.

Why would you do this?

Ostensibly, for keyword coverage. For example, if I took the post you're reading now, rewrote it to be about article spinning rather than article writing, and published it again, I'd have twice the coverage of the topic. Right? 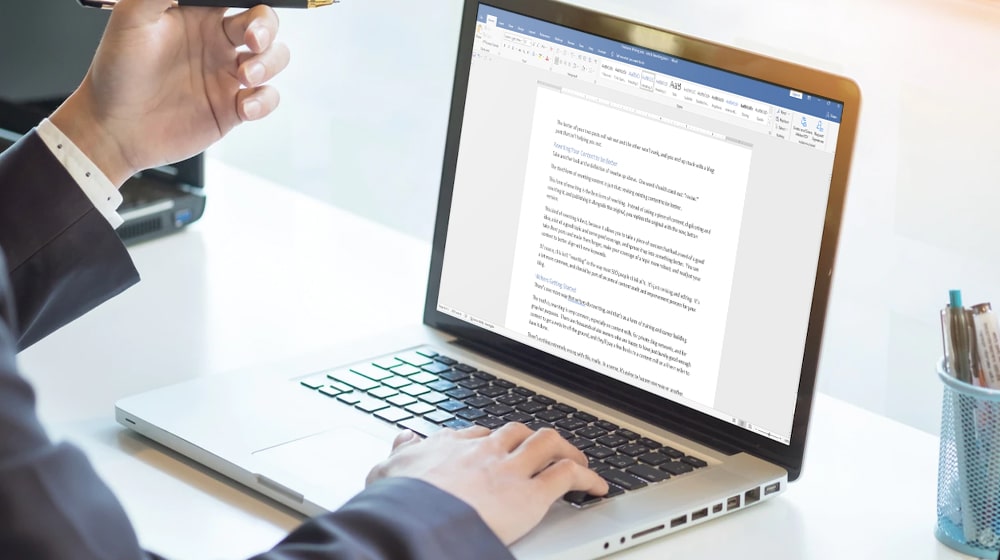 The issue is how Google functions, once again. Google's understanding of synonyms extends to keywords. That's why if you search for a phrase like "article rewriting," you will often find posts about article spinning; since they're often lumped together, they get put in the same bucket.

Google won't penalize you for this for duplicate content. They will, however, rank both of them for the same general set of keywords. You end up with what's known as keyword cannibalization.

Keyword cannibalization is when you have multiple pages on your site using the same keywords, and they end up fighting each other for search ranking. Google is fairly strict about forcing their search results to have different unique domains; even if you've covered the topic extensively in dozens of articles, only one will rank for a query because Google doesn't want large sites just writing ten versions of a piece of content and driving every other site out of contention.

The better of your two posts will win out, and the other won't rank, and you end up stuck with a blog post that isn't helping you out.

Take another look at the definition of rewrite up above. One word should stand out: "revise." 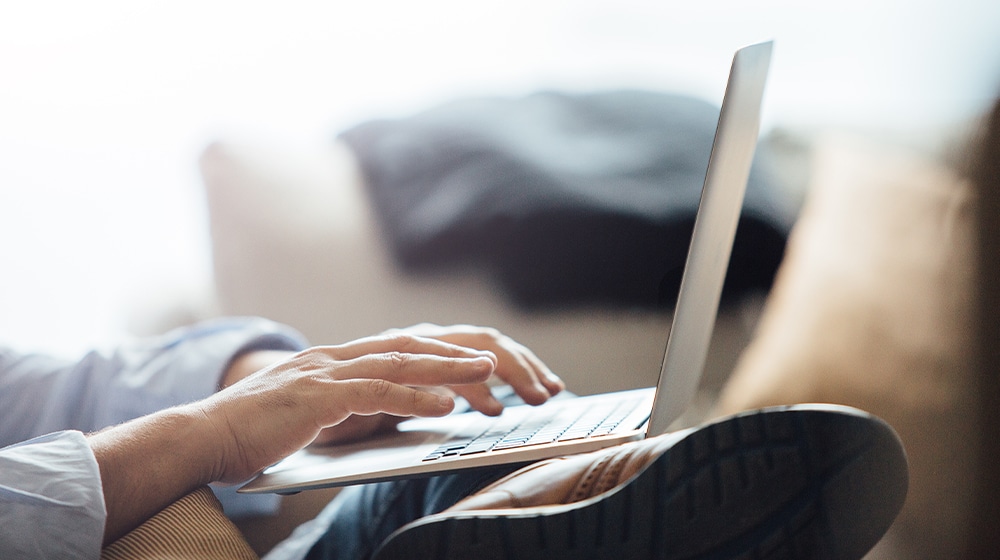 This kind of rewriting is best because it allows you to take a piece of content that had a seed of a good idea, a bit of a good topic, and some good coverage and spruce it up into something better. You can take short posts and make them longer, make your coverage of a topic more robust, and readjust your content to better align with new keywords.

Of course, this isn't "rewriting" in the way most SEO people think of it. It's just revising and editing. It's a lot more common and should be part of an annual content audit and improvement process for your blog.

There's one more way that writers do rewriting, and that's as a form of training and career building.

The truth is, rewriting is very common, especially on content mills, for private blog networks, and for gray-hat purposes. There are thousands of site owners who are happy to have just-barely-good-enough content to get a website off the ground, and they'll pay a few bucks to a content mill or a Fiverr seller to have it done.

There's nothing extremely wrong with this, really. In a sense, it's going to happen one way or another. Writers can pick up these projects, learn how to rewrite them, and improve their skills from there. 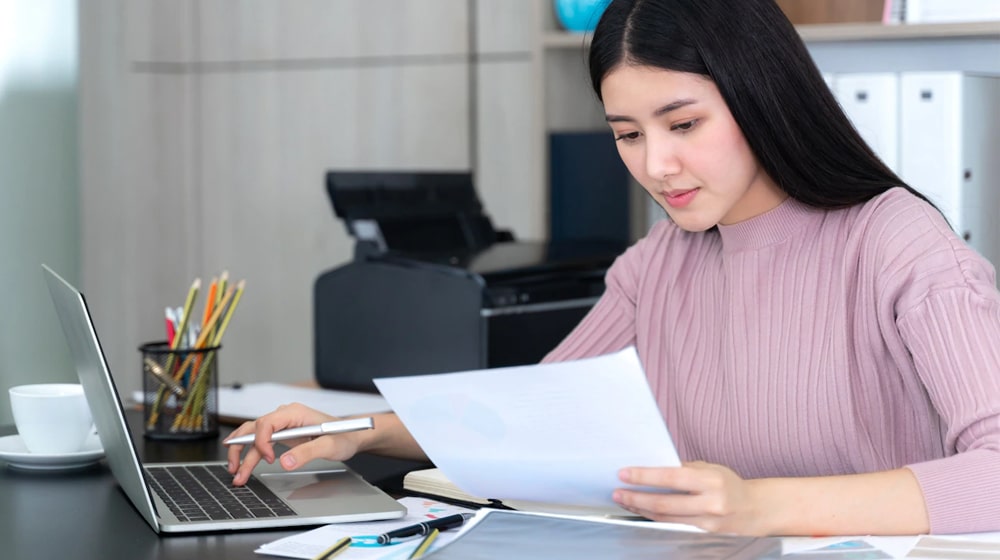 Rewriting can be a good way to learn more nuances of a language. It can help build familiarity with a topic. It can help a writer develop sources, learn to synthesize unique ideas (even if the person paying them for it doesn't care), and generally improve. It's also a way to make some money when you're first getting started.

Of course, the goal is to improve past that point, to the point where you're writing unique content using multiple sources, synthesizing your own ideas, and creating fresh content. Once you can do that, you can start picking up more unique writing projects and expand into a full career as a writer.

So, there you have it; an analysis of rewriting, how it's used, and how it can be useful. I would never recommend purely rewritten content for SEO, but rewriting your own content to improve it isn't a bad idea, and you can always benefit from improving your skills as a writer.

If you have any questions about article rewriting or anything similar, feel free to ask me in the comments. I'd be more than happy to help you out however I can. You can also tell me what you think about rewriting and let me know if I missed any major details. What do you think? 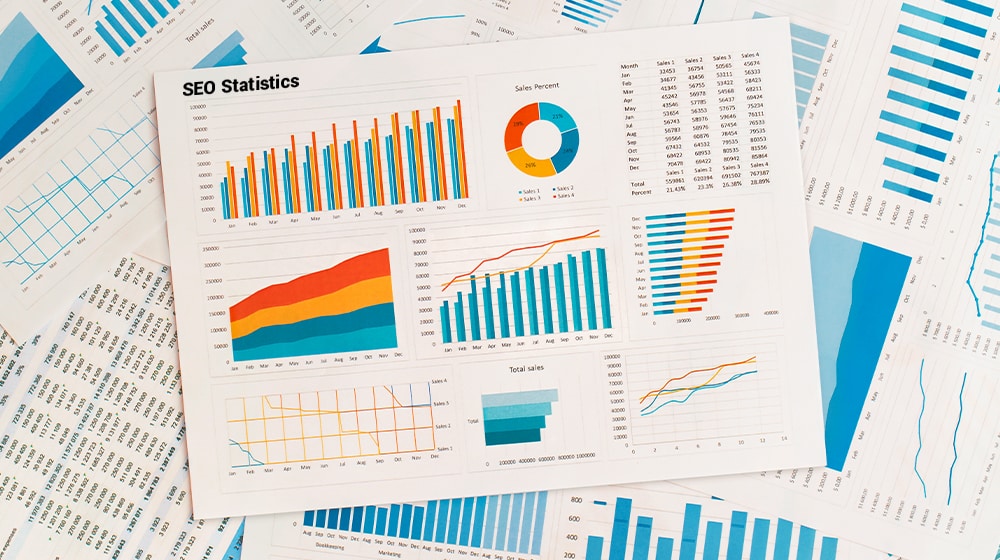 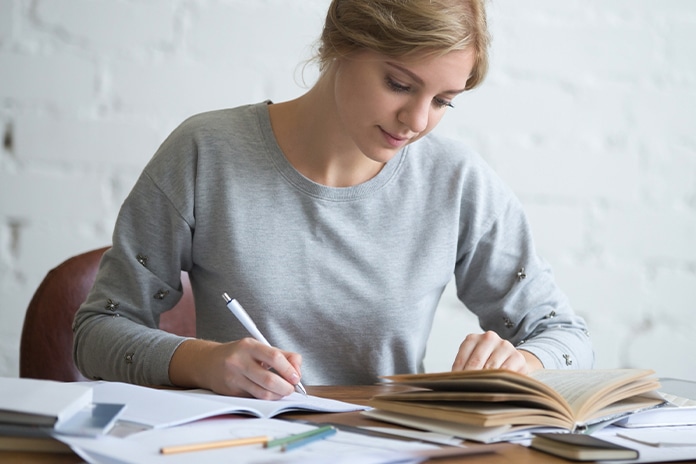 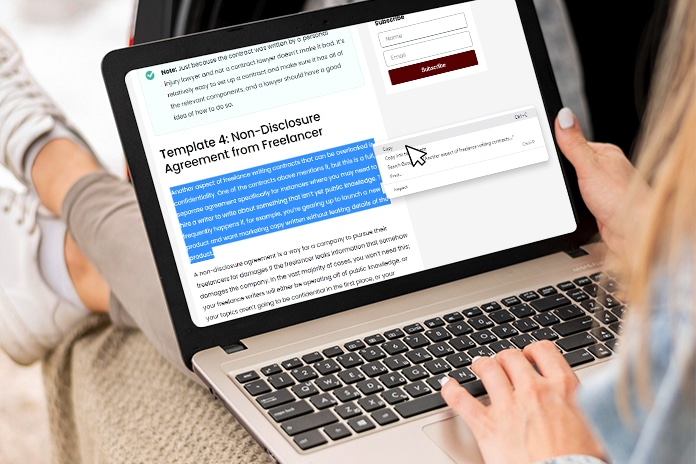