Which States and Cities Have the Most Freelance Writers?

One of the benefits of being a freelance writer is being able to live and work from pretty much anywhere you want.

Sure, some aspects of the career might require you to live in certain areas. For example, if you want to be a freelance writer for a TV show, you should probably live in one of the areas like Hollywood where the studios hire.

This can pose a challenge for a company looking to hire freelance writers. How do you find them?

Most job search websites aren't exactly geared towards non-local work. Since the traditional model for employment requires working in an office and commuting to and from work, those job search engines and job listing pages tend to be geographically sorted. Even with a "remote" tag, the job still appears in a given geographic area, often the area where your company is based.

Thus, if you want to maximize your exposure to freelance writers, it might be beneficial to list your job in a geographic region where most writers tend to live. The question is, does such a place exist? Are there states and cities with more freelance writers than other locations?/span>

The answer is yes and no. Let's dig in.

The Best States for Freelance Writers

Freelance writers aren't "generated" from any one source. There aren't really specific universities with writer training programs geared towards online freelance writing. There are writing programs, of course, but they tend to be focused more on either journalism or fiction writing. While you can certainly look for those to find freelance writers, they might not fit the bill for what you're actually looking for.

Thus, the "best" states for finding freelance writers simply tend to be states with a higher population density. So, you have states like:

Are they better writers? That's impossible to say for certain.

Another consideration is states with climates and living situations that are conductive to writers. Writers may want locations with pleasant weather and plenty of things to do when they aren't working. They might want to live in an area without state income taxes or with benefits for freelancers or remote workers. According to Zippia, the areas with the highest average salaries for writers are:

Of course, this is calculated based on Zippia's data of salaries and is ranked solely based on average salary. Writers in those areas aren't necessarily better, more engaged, or more experienced; they just demand more money.

Some of these are pretty expected, too. Higher salaries from higher cost-of-living regions make sense. Then again, the writers in question may be spending so much just to live that they'll need to move eventually.

Delaware is an interesting inclusion in the list. Delaware is very politically friendly to corporations, has favorable taxes for businesses, and its courts tend to favor companies. You might not think this applies much to writers, but many writers choose to incorporate as LLCs and may do so in Delaware for the benefits they may receive. Of course, very few of those writers actually live in Delaware, so the metrics aren't actually accurate.

The Best Cities for Freelance Writers

The best cities for writers tend to have one of a few things going for them, though they may also have more than one.

It's worth mentioning that different types of writers live in different kinds of locations, in general. Tech writers will tend to congregate in cities like Los Angeles, San Diego, New York, or Atlanta, where tech companies tend to set up shop. Writers focusing on screenplays will move towards Hollywood. Writers writing fiction will usually end up in cities with a culture for fiction, like New Orleans, New York City, or Boston. 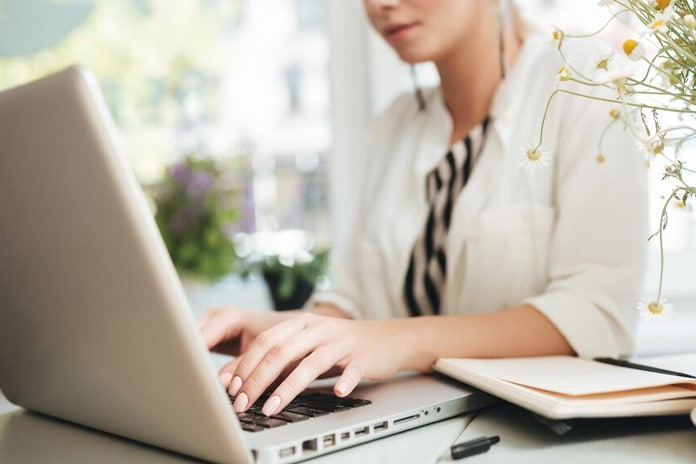 The trouble with writers is that "writing" is such a broad, generalized field that it's difficult to make any specific determinations. A city that's "great" for writers might be great for a completely different kind of writer than what you're looking for.

We mentioned above that there aren't really any schools known for turning out great freelance writers. There are journalism schools, communications schools, schools with programs aimed at literary criticism, and schools famous for turning out bestselling fiction and nonfiction writers, but not so much the general freelance blog writing career. 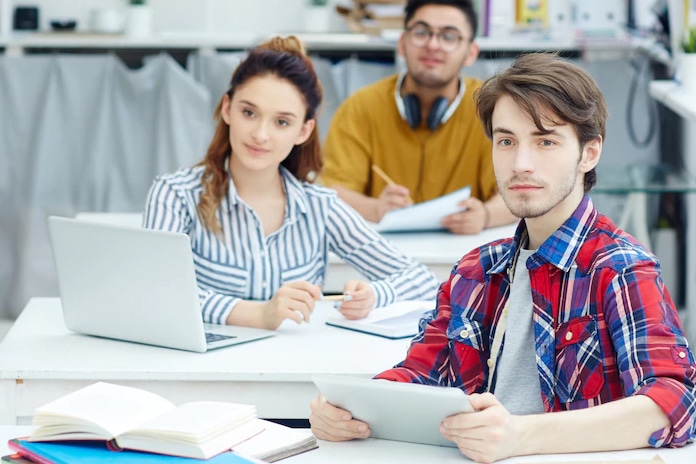 That said, there are certainly people who go to a school to get a degree in writing and then simply choose not to leave the city when they graduate.

A low cost of living.

Freelance writing doesn't pay all that well if we're being honest. While the top 1% of freelance writers make very compelling salaries, most do not and only use writing as a secondary income. 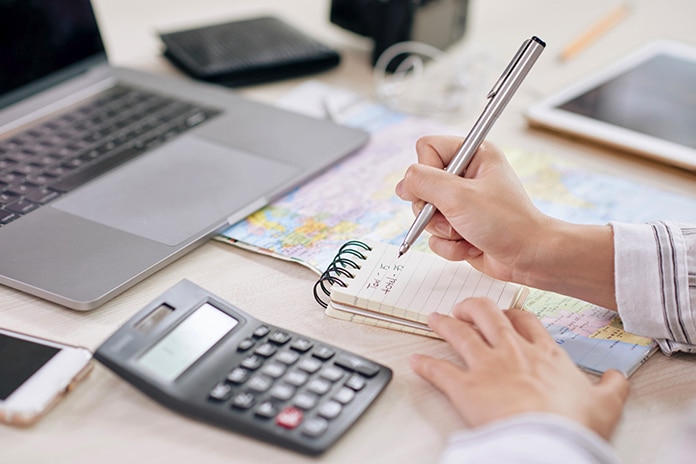 That means that many writers want to live in an area with a low cost of living. The less they have to spend on living expenses, the more flexibility they have with their lives. They can take vacations and travel, they can pursue hobbies, and they can live in comfort without having to spend a fortune or work three jobs to do it. There are a few locations where, despite high expenses, writers like to congregate. These are often hubs of culture and business, places like San Diego, where there's a balance between population density, high costs, and good culture. And, of course, you can't discount how pleasant it is to live somewhere with good weather most of the year. Writers are often keenly interested in arts, culture, and various areas of expertise. They tend to like to live in areas with a great cultural scene, especially if it fits their other interests. They might want to live in a location with plenty of museums, a great arts culture, or a growing music scene. Whatever the case may be, these tend to be mid-sized cities, though it's not exclusively true.

Like any other career field, writers have various conferences, gatherings, workshops, and events they can attend around the world. Many of these events are established in specific locations and are hosted in the same place every year. Often, writers will attend one of these conferences and then "fall in love" with the city and the people they meet. Then they choose to move there, set down roots, and become part of a local culture that fosters the continuation of what drew them to that place.

So, what cities come up on these lists, and why?

Obviously, this isn't a complete or comprehensive list. Most cities have at least some form of culture or a set of benefits that can attract writers of a certain persuasion.

The truth is, when you're looking for a freelance writer to hire, geographic location doesn't matter as much as you might think. Why does it matter, though?

Why Geographic Location Can Matter

Above, we mentioned that many job search sites are geographically aligned, so you still have to pick a place to use as the central location of your job, even if you're hiring remotely.

There are, of course, many ways to circumvent this. You can use sites like Freelancer or Upwork to hire writers no matter where they are. You can search for writers based on their personal websites. You can work with an agency rather than a writer directly and let the agency worry about finding writers. You can post on job boards where writers hang out. You can even network with writers directly on social media and in groups like Reddit boards where they spend their time. 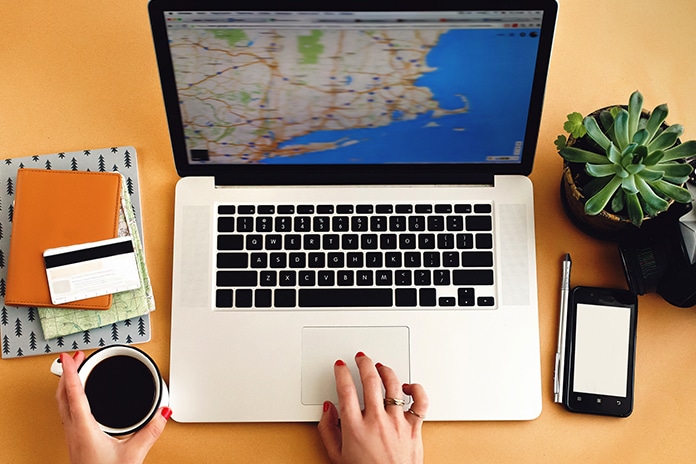 On the other hand, maybe you want to use a traditional job board because you pay for an account and use it to hire all of your other workers already. Maybe you want to post a listing on a place like Craigslist and want to pick the top five or so locations where writers can be found. There are valid reasons for both sides of the coin.

Obviously, the internet has reduced the need to be specific with your geographic location by a lot. You can still get a little bit of benefit from targeting job postings, but in general, writers are often savvy enough to either look at the popular cities themselves when seeking jobs, or spend their time on writer/remote-specific job boards.

If we're being honest, probably not. Geographic location can matter when you're hiring a writer for a couple of reasons, such as:

On the other hand, some writers prefer to travel, and some enjoy living in a rural, mostly-isolated area. It really depends on what you need out of a writer and what experiences the writer has had in their life before settling down where they are now. That's even assuming they're settled in the first place. It's not uncommon to hire a writer and, after a few years, find they've moved. Freelance writers generally work online as a remote career, and if we're being honest, there's very little reason or incentive for most companies to hire writers on as staff or in-office employees. Only if you need close relationships between teams is this useful, and even then, modern communications channels facilitate those relationships anyway.

Really, consider this to be more trivia than useful information. You can use geographic location in some ways, but it's not going to make or break a writer or a contract relationship. Just look for writers in any way you can, test them on their skills, pay them what you can afford to pay them, and go from there. All of those other factors, like pay rates, general topic and expertise level, and ability to perform are much more important than where the writer lives.

If you're a business, where have you had the best luck hiring writers? Were there any locations you thought would have positive results, but actually ended up falling flat? Where do you live, if you're a writer? Does location impact your decision, your advertising, or your relationship? Feel free to let us know in the comments section down below; it's always fascinating to discuss these nuances. 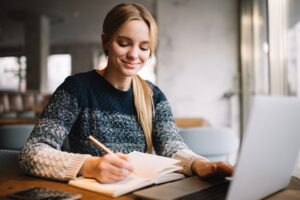 Can Freelance Writers Help Me with My Product Descriptions? FAQ: Should You Pay Freelance Writers Per Hour or Per Word? 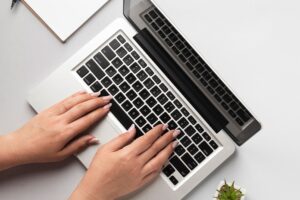 How to Give New Freelance Writers a Writing Test (With Tips) 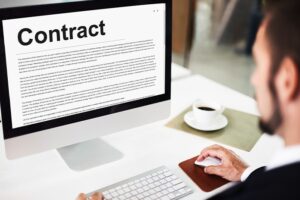 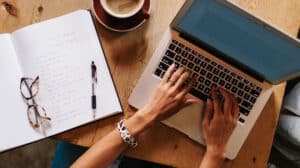 Contena Review: Is It a Good Site for Freelance Writers? 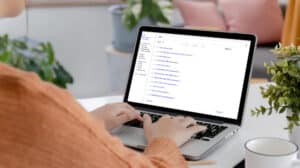 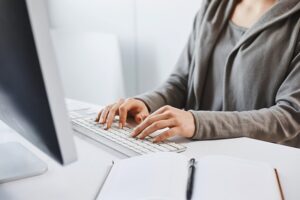 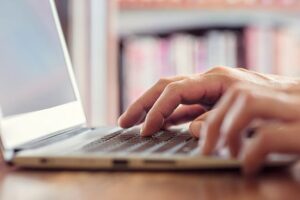 Freelance Writer Contracts: Should You Have an Agreement?

Start Here
Hire a Writer
Find a Writing Job
Freelance Writing Jobs Newsletter
Receive information on new articles posted, important topics and tips.
Join Now
We won't send you spam. Unsubscribe at any time.
Recent Articles
Guide: How to Build (and Review) a New Writer's Portfolio
[Guide] Everything You Need to Know About Content Mills
How to Create Software Documentation (With Examples)
How to Hire a Writer to Create Online Course Content
The Ultimate Guide to Writing a Short Bio for Your Blog
8 of The Best Payment Methods for Freelancers (Updated)
Lorem Ipsum Meaning: Why Your Design Has Dummy Text
26 Sites Like Upwork to Help You Find a Freelance Writer
Keyword Mapping: What Is It and How to Do It Yourself
[Guide] What Does a Marketing Team Structure Look Like?
1 2 3 … 7 Next »
Writing Jobs Newsletter
Subscribe to receive information, free guides and tutorials